How To Start Your Own Business On The Net

Hey there, Steve here and welcome to my website.  I created this website to assist men who would like to enhance performance in all areas of their life through supplements and living well.  When I was 32 years old I got tired of being the 130 lb weakling who was picked on by all of his fellow employees.  I had no self esteem and the women looked at me like I had a sign on my head saying LOSER!  I decided then and there I’d had it.  I began working out and at first it would take 5 minutes with a 10 lb weight to get exhausted and head for the couch. 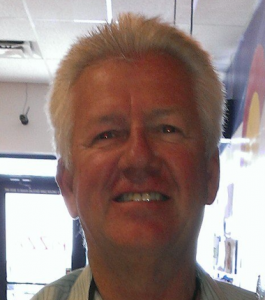 But I kept at it.  I bought my first set of weights and turned my living room at my one bedroom appartment into a workout studio.  Then is when I worked hard enough on my arms to actually get a pump out of my biceps.  Talk about a rush!  Those babies were as hard as a rock and aching!  And I kept at itI  I subscribed to Muscle And Fitness magazine, still have those old issues in my collection, I’m not going to reveal what years those issues were, but I read every word of every page in those issues.

I felt I knew Joe Weider personally!  I started using Joe’s protein powder.  I joined the local gym for all of 8 bucks a month and spent a lot of my spare time there.  And before I knew it, I weighed a lean mean 175 lbs.  For 5’10” that’s not bodybuilder class, but as you can guess, people stopped messing with me.  I kept my laid back attitude as I’ve never taken steroids, so this had nothing to do with aggression.

And after shedding the long sleeved shirts, you know, the light blue ones that used to cover up my twig sized arms, I started showing off my guns, the women somehow began to treat me like I was someone they needed to know.  By the time I was in my late 30’s I hit my best weight of 185, ran the local 10K race with a 50 minute time.  Which is respectable for someone who took up running 10 weeks before the start of that race.  Now I look back and realize 95% of what I’ve accomplished in life has been since then, and driven because, I gained a lot of self esteem.

It seems like those years have flown by, and as I look back I’ve had a great life, accomplished lots, and had the opportunity to be part of some really great people’s lives. I’ve been able to work on some hardware that orbits other planets, I’ve owned my own business, pursued educational goals and saw them come to fruition in different career paths. So I’ve been a busy guy.

WHO I WANT TO HELP

The people I want to help are men of all ages, but especially the middle-aged and older guys as that’s when I found out how I could change my life.  I want to give those guys some choices as to how to accomplish what they want to accomplish, and maybe slow down the aging process so they can enjoy the later years as much as they’ve enjoyed the earlier years.  Cruise these pages as often as you like, I’ll be adding stuff to the website periodically.

If you ever need a hand or have any questions, feel free to leave them below and I will be more than happy to help you out.

All the best, and as a good friend of mine always says, ONWARDS AND UPWARDS,

2 thoughts on “About Steve”